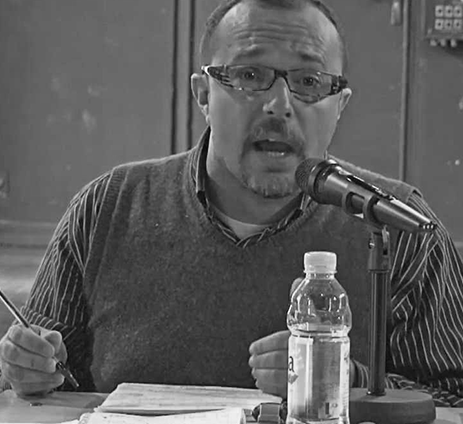 Giovanni (Aldo Luigi) Allegretti is an architect, planner and senior researcher at the Centre for Social Studies of the Coimbra University, Portugal. He is among the Directors of the PhD “Democracy in the XXI Century” program and coordinates the “PEOPLEs’ Observatory: Participation, Innovation and Local Powers”. He is a member of the Working Group “DECIDe” at CES and is part of the coordination board.

Since 2001, Dr. Allegretti has been Assistant Professor in Town Management at the University of Florence, where he received a PhD in Town, Territorial and Environmental Planning. He studied in Brazil, Denmark and Japan with scholarships from the Ministry of Foreign Affairs.

Dr. Allegretti is an Expert of the European Commission for the URBACT Programme and deals with participatory budgets and interactive planning since 1998 and has written several books on this subject. As a consultant and trainer, he was invited to give professional courses by several local authorities (in countries such Italy, France, Spain, Greece, Sweden, Portugal, Senegal Reunion Island), universities (Harvard Design School in United States, King Saud University in Saudi Arabia, International Islamic University in Malaysia, Institute of European Studies in Vietnam) and NGOs (TI in Morocco and Indonesia, TNI in India), and international institutions (Canada’s 2006 UN/World Urban Forum, Kenya’s 2006 Africities Forum and in two continental courses on participatory budgeting organised by the World Bank in South Africa and Senegal).

Since January 2008, Mr. Allegretti has coordinated the scientific training of the EQUAL-funded project “Participatory Budgeting in Portugal” which trained more than 600 local authorities and municipal technicians on the issue of participatory budget. He also coordinated the scientific outputs of the EU-funded project called PARLOCAL (led by Malaga Province in Spain) and the three-year study on participatory budgeting called OPtar funded by the FCT of Portugal. At present, he is the Global Coordinator of the international project EMPATIA funded by Horizon 2020 which enables Multichannel Participation Through ICT Adaptations (2015-2017). He is also the Coordinator of the Portuguese Project Units called UNISOST (coordinated by the NGO Associação EStà – Economia e Sostenibilità from Milan, Italy) and DUPLA-PAZ (coordinated by the NGO Oikos of Udine, Italy and funded by Friuli Venezia Giulia Region).

Since 2007, he co-organised a network of municipal authorities within the CPLP (Community of Portuguese-speaking countries) which was officially approved by the Chiefs of State in July 2008 and formally constituted in March 2009.

At present, he has been appointed as co-chair of the Independent Authority for Promoting Participation (APP) of the Tuscany Region in Italy for the mandated 2014-2019 period.

He was the founder and co-coordinator of the “Democracine” Film Festival in Porto Alegre, Brazil and co-organiser of the “Fest-Cineamazonia – Itinerancia em Portugal”.